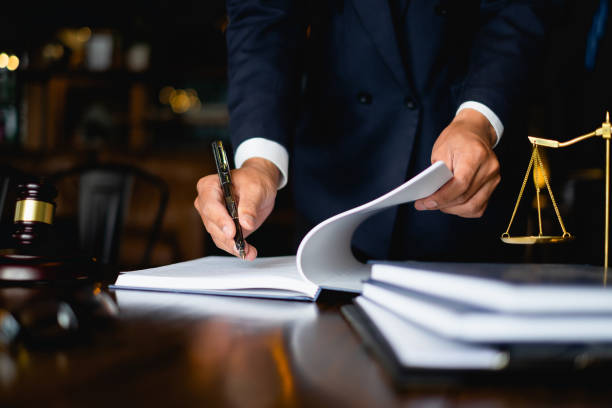 Section 265A to 265L, Chapter XXIA of the Code of Criminal Procedure 1973 (‘Code’)  deals with the concept of Plea Bargaining.       It applies to cases wherein charge-sheet has been filed by the Police in respect of an accused or in cases wherein the Magistrate has taken cognizance of an offence on complaint for offences, other than an (a) offence for which the punishment of death or (b) of imprisonment for life or (c) of imprisonment for a term exceeding seven years has been provided under the law for the time being in force;

As per section 265B, a person accused of an offence may file an application for plea bargaining in the Court in which such offence is pending for trial.

If a Court is satisfied that the application has been filed by the accused voluntarily (after examining the accused in camera), it shall provide time to the Public Prosecutor or the complainant of the case, as the case may be, work out a mutually satisfactory disposition of the case.

As per section 265K, notwithstanding anything contained in any law for the time being in force, the statements or facts stated by an accused in an application for plea bargaining filed under section 265B shall not be used for any other purpose except for the purpose of the Chapter on plea bargaining.

According to Section 320(8), compounding of offence shall have the effect of acquittal of the accused.

The general rule embodied under the Section provides that when any offence is compoundable under Section 320 of the Code, the abetment of such offence or an attempt to commit such offence (when such attempt is itself an offence) may be compounded in like manner.

When the accused has been committed for trial or when he has been convicted and an appeal is pending, no composition for the offence shall be allowed without the leave of the Court to which he is committed or, as the case may be, before which the appeal is to be heard. Application for compounding the offence shall be made before the same court before which the trial is proceeding.

Sub section (7) provides that no offence shall be compounded if the accused is, by reason of a previous conviction, liable either to enhanced punishment or to a punishment of a different kind for such offence.

The Probation of Offenders Act, 1958 (‘the Act’) provides for the release of first-time offenders after due admonition for convicts punishable under Section 379, Section 380, Section 381, Section 404 and Section 420 of Code of Criminal Procedure and also to those who are punishable for imprisonment of 2 years or with fine or both.

It authorises the release of offenders on probation based on good conduct, provided the offence alleged to have been committed by the offenders is not punishable with life imprisonment or the death penalty.

Section 3 and its eligibility:

The person is found guilty of any offence punishable with imprisonment not exceeding 2 years or with fine, or with both under the Indian Penal Code or any other law and

No previous convictions are proved against such persons, and

Section 4 and its eligibility:

Section 4 of the Act lays down that an offender can be released on probation of good conduct without the sentence of imprisonment by the court.

This Section is not applicable to any person who is convicted with either life imprisonment or death penalty for the offence committed by him.

The Court shall consider the nature of the offence committed by such person as well as the character of the person while considering whether the person is eligible to be released on probation of good conduct.

Without sentencing the offender for any punishment, the court may releasethe offender on probation of good conduct.

This Section empowers the court to give directions to execute a bond, with or without sureties, to appear before the court when called and receive the sentence given to him by the court.

This shall be done within such a period which shall not exceed 3 years.

The Court shall consider the report of the Probation Officer before making an order for probation. However, such a report is not mandatory. Additionally, the Court can also pass an order of supervision which shall not exceed 1 year. In such a case, the Probation Officer is ordered to supervise the probationer for such a period. The court may also include conditions of the supervision in the order.

This Section requires that the offender or his surety (if any) shall have a fixed place of residence and a fixed occupation at a place where the court giving such an order has jurisdiction. The Court shall explain all the terms and conditions of the probation order and supervision order to the offender and provide him with a copy of the orders the offender(s), sureties and the probation officer.

Section 5 and its applicability:

It states that along with the orders under Section 3 and Section 4, the court can furnish an additional order directing the offender released after due admonition or released on probation of good conduct to pay:

Compensation, as the courts think, shall be reasonable for any loss or injury caused to the victim due to the offender

Costs of the proceedings

While calculating the quantum of compensation and the costs to be paid by the offender, it is solely on the discretion of the court as to what is reasonable in the case.

For further information and discussion, please reach out to us at Litigation@aaalegal.pro

‘Hi, good to connect with you’